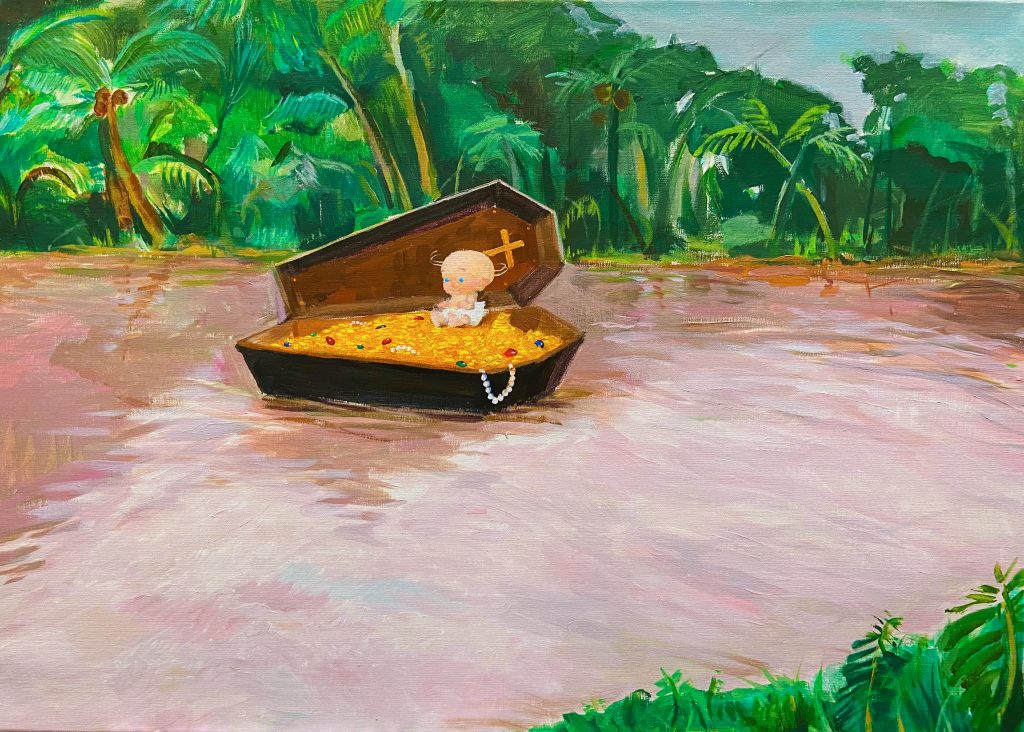 To many (Yoruba for instance), the three-dimensional world has yet another three dimensions in existence: the world of ancestors, the world of living, and the world of unborn. The first one marks the spirituality, the second reality, and the last one “the bush”.

Why the bush? It’s the faithful rendition of the pristine wilderness and bush-like weedy phase of the mind. By staging a middle ground between the reality and the bush, I intend to cultivate a tentative surreality and bring forth an amalgam to imprint and inspire. The bush is the untainted utopia, however scuttled or dilapidated it might seem. The reality is the taint, the inevitable deterioration that marks the demise of the living. We are all caught in the middle ground, which is paradoxically euphoric though, because once submerged in reality, the living ceases to be.